We pursued a claim against a Doctor following negligent treatment received by our client.

It was alleged that on two separate occasions (8 months apart) that an urgent two week cancer referral should have been made by the Doctor after our client complained about a testicular lump. If a referral had been made following the first visit then a stage 1 testicular tumour would have been identified, our client would have undergone a left orchidectomy and his cancer would not have metastasised.

The second visit (8 months later) would have identified a stage 2 testicular tumour, his treatment would have included a left orchidectomy, chemotherapy and the removal of a mass in his abdomen. As a result of the Defendant’s negligence our client’s cancer metastasised, he developed an abdominal mass, required surgery which led to embolisation causing pain in his leg, foot and back, he had a prolonged period of pain and suffering. We settled the claim in June 2016.

Robert Rose is our Head of Clinical & Medical Negligence and has represented many individuals in respect of delayed diagnosis of cancer compensation claims. If you would like to discuss a potential Medical Negligence claim please call us on Freephone 0808 164 0808. Alternatively, you can complete the request a call back form and we will call you. 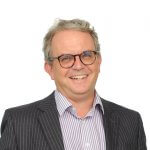