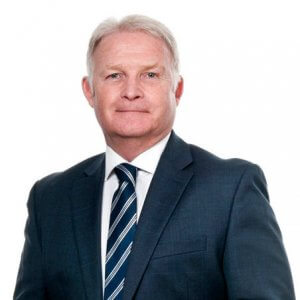 Garry is a Partner with Lime and heads our Sheffield office personal injury team. He has over 30 years’ experience in dealing with personal injury and industrial accident/disease claims.

Having given up football at a high level he went into the field of law, deciding to specialise in helping individuals with their personal injury claims.

As a result of his sporting background and interest in sport generally, Garry has represented a number of sporting professionals including athletes, footballers, snooker players and boxers. He has acted on behalf of various football clubs in contract negotiations and transfers and has represented major sports brands in negotiating with athletes.

In the world of snooker, Garry has represented an up and coming professional.

In football, Garry has represented a local football association and represented members of the medical team at the English Institute of Sport.

Garry has represented the Community Union and its members for the last 34 years. He works closely with the Union and its officials and is known for his personal service.

Having given up football at a high level, Garry has always been interested in keeping fit. He is an avid supporter of Sheffield Wednesday and Sheffield Steelers Ice Hockey and he attends most games.

Aside from sport, Garry enjoys travel, particularly North America. He enjoys family life with his wife and 3 children and has a keen likening to jazz music.

Garry prides himself on his personal service, friendliness and ability to get the job done.