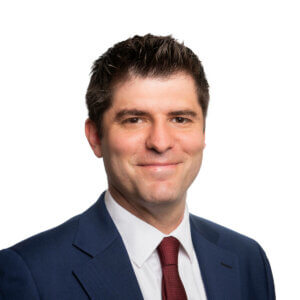 Martin joined Lime Solicitors as a partner in May 2021, and has over 15 years’ experience in dealing with serious injury and major trauma cases including traumatic brain injuries, spinal cord injuries, complex musculoskeletal injuries and amputations.

Martin is a committee member for the Major Trauma Group, a not-for-profit community interest company, to assist major trauma victims. The philosophy of the group aligns with Martin’s views that the focus should be on ensuring that all required support and guidance is provided throughout the injured person’s journey.

Martin is a vocal advocate for diversity and inclusion and was one of the founding members of his previous firm’s Women in Leadership in Law group. In this regard Martin is driven by a firm belief that there should be equality of opportunity for all.

He has extensive experience of campaigning and engaging with the media to address key issues with respect to the support of people that have sustained serious injury, including engaging with both national and local press and appearing on television and radio.

Martin’s goal is to ensure that his clients are at the centre of the claim. He makes sure they have access to the highest level of support and expertise to ensure that their needs are met, so they can focus on their rehabilitation. Martin has an in-depth knowledge of the health and social care pathways which allow him to make sure that his clients are provided with immediate rehabilitation and the support necessary to ensure they can optimise their recovery.

Martin has achieved numerous multi-million pound settlements for his clients and has acted in claims arising from many high-profile incidents, including the 2011 M5 motorway crash and the 2017 Westminster terror attack

In terms of the Westminster terror attack, Martin recovered a significant seven-figure sum for a client who had sustained a spinal cord injury. This represented the highest settlement arising from the Westminster Terror Attack and the claim was only possible due to a change in the law a few months earlier; altering the way claims arising from terror attacks involving vehicles would be dealt with. This was one of the first cases to be successfully brought because of that change.

In addition to this, Martin has achieved a significant seven-figure settlement for a client who was rendered paraplegic when he was knocked off his bicycle, as well as a seven-figure settlement for a client who had sustained a traumatic brain injury in circumstances where they had been turned down by various other law firms due to concerns with respect to liability and causation.

Other recent settlements include significant six-figure settlements for an elderly lady who suffered a lower leg amputation, and for a man who sustained a serious brachial plexus injury.

Martin is a keen runner and cyclist in his spare time, and can also often be found walking his dogs. Martin also has a keen interest in music and can play both the piano and guitar.