A report of the independent inquiry into how Ian Paterson was able to intentionally harm patients has finally been released today, having been launched in 2018.

For all of Ian Patterson’s victims, including my clients, today is incredibly important as the report will hopefully address the long list of unanswered questions from all those affected, and in particular how Mr Paterson was able to continue practicing with impunity for so long.

It’s nothing short of despicable that patients (in both the public and private health sectors) were placed in such vulnerable positions.

Patients and their legal teams will be expecting the inquiry to have considered the following:

It is difficult to understand how, over two decades Ian Paterson was able to perform unregulated procedures such as incomplete mastectomies (cleavage sparing mastectomies) without action being taken despite repeated concerns being raised.

I hope lessons will be learnt from the regrettable events which took place and systems improved to ensure that patients’ trust in doctors’ recommendations is built up again. There needs to be procedures in place to ensure informed decisions are made including the risks and benefits of any treatment options are explained to them along with alternative treatment options, to ensure that they have had the opportunity to make an informed decision.

It is disappointing to note however, that earlier this year, Mr Habib Rahman, Consultant Orthopaedic Surgeon was suspended due to concerns over unnecessary shoulder operations at Spire Parkway Hospital in Solihull, the same hospital as Ian Paterson. 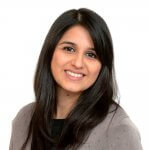 Maryam graduated with a Law degree from the University of Leicester before qualifying as a solicitor specialising in Clinical Negligence in 2014.