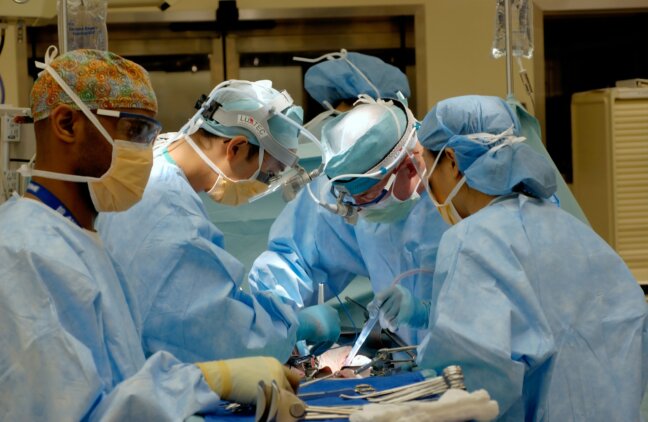 A man who has been left with facial disfigurement after undergoing reconstructive maxillofacial surgery to treat his skin cancer has settled his medical negligence claim against the defendant hospital trust.

The client in this case study will be referred to as Ishan.

Ishan is one of at least 13 cancer patients who suffered physical harm at the hands of surgeons working at the defendant hospital. The substandard operation left Ishan requiring significant further surgery, and with facial deformities and life-changing injuries.

After experiencing severe toothache on the right side of his mouth, Ishan went to the defendant hospital and underwent investigations to check for cancer. He was diagnosed with squamous cell carcinoma in his jawbone.

A month later, when Ishan was in his late 40s, he underwent a hemimandibulectomy – a complex operation where the entire jawbone is removed and reconstructed – which subsequently failed and had to be removed.

After surgery, nurses raised concerns with the treating consultant that there was a pungent smell coming from Ishan’s graft. As a result, he underwent a pedicled pectoralis major reconstruction known as ‘salvage surgery’, which also included a tracheotomy – meaning he had a breathing tube in his neck for a number of weeks, leaving him unable to eat or swallow.

Ishan underwent an aggressive course of chemo-radiotherapy, which made him extremely poorly and left him unable to sleep or work. He reported feeling sick, low, depressed and helpless. Further surgery was undertaken in September and October 2011, and January 2012.

The oncological maxillofacial service at the defendant hospital was suspended in winter 2016 following a visit from the Royal College of Surgeons after dental trainees raised safety concerns. Following investigations, the defendant hospital contacted patients who were affected and a protocol was established for the management of medical negligence claims.

Our clinical negligence partner, Neil Clayton, appeared on East Midlands Today in August 2020, to discuss the tragic case of Mrs Margaret Burrell who had sadly passed away after receiving negligent maxillofacial surgery at Leicester Royal Infirmary. You can read more about this here.

In winter 2019, Ishan received a letter from the defendant hospital advising that he may have suffered as a result of the treatment he received. He was advised he could not have a corrective procedure to straighten his jaw as he had previously had chemo-radiotherapy.

Ishan said: “I am upset with the treatment I received and the mess I have been left in. I put my trust into my treating surgeons, but they were incapable of doing the operation correctly and they have now left me in a terrible state.

“After my surgery in 2011, I felt helpless. I was unable to speak and communicate. I didn’t understand the purpose of my second operation at the time. There were nights were I remained awake for the entire evening as my face and my life was different – I was struggling to come to terms with the changes and the constant pain I was in.”

Viral Dagly, our clinical negligence solicitor, has assisted Ishan throughout his claim.

A consultant oral and maxillofacial surgeon was instructed to advise as to the nature and impact of the negligence, which found that Ishan suffered “significant cosmetic and functional life-changing issues, which cannot be improved upon”. The reports also stated that Ishan’s “speech is impaired due to a significant lack of tongue mobility”.

We established a schedule of losses and received an out-of-court settlement for a six-figure sum.

A note from Viral Dagly

“The defendant hospital admitted that, had Ishan been appropriately counselled following his diagnosis of squamous cell carcinoma in summer 2011, he would have probably undergone a fibula or scapula free flap reconstruction, which, on the balance of probabilities, would have been successful.

“It is important not to under-represent the significant impact of salvage surgery for patients who should not have required the procedure at all. Like the majority of claimants, Ishan has suffered facial disfigurement, distortion of the mouth causing poor communication problems, difficulty swallowing, disfigurement and scarring of the chest wall and neck, and psychological consequences as a result of the above physical symptoms.

“A number of injuries are life-long – Ishan continues to suffer with facial deformity and speech difficulties. He can no longer play golf because he cannot lift his right arm horizontally due to the lack of muscle, and he finds it difficult to lift and move a cup and saucer full of tea.

“Ishan’s case is one of several claims we have had against the defendant hospital’s maxillofacial unit for negligent treatment provided in relation to oral and neck cancer. All patients were left with significant and debilitating injuries, with only two clients surviving.

“There have been a number of scandals nationally, negatively affecting hundreds of families. It is imperative there is both a change in culture and improved knowledge sharing between NHS trusts nationally to help minimise the risk of patients being harmed.”

Get in touch with our medical negligence solicitors

Our specialist team of medical negligence solicitors has experience supporting people and their families with surgical negligence claims, including in relation to the treatment of oral and neck cancer. If you would like to discuss making a claim, please call us on 0808 164 0808 or request a call back and we will call you.