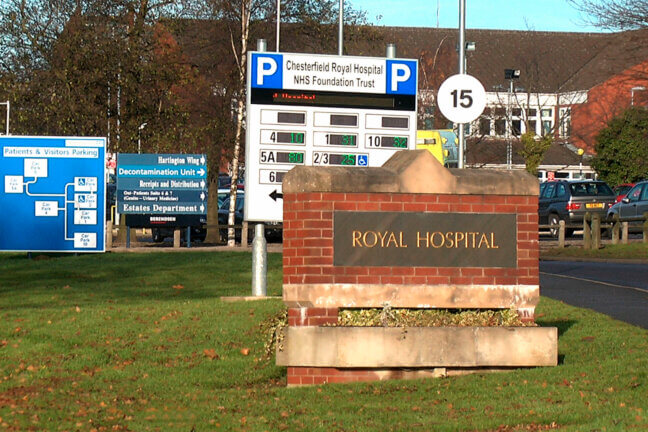 Following a three-year legal battle and with support from Lime Solicitors, Bekki Hill has settled her medical negligence claim against Chesterfield Royal Hospital, where she suffered a stillbirth after her requests for an induced labour were ignored.

Fearing that something was wrong, Bekki asked to be induced on two occasions, but her requests were declined. The alleged failures caused Bekki to deliver her daughter, Willow Grace, stillborn at the Derbyshire hospital.

At seven weeks pregnant, Bekki attended Chesterfield Royal Hospital with abdominal pain and vaginal bleeding. She was discharged with antibiotics after being diagnosed with a urinary tract infection.

Throughout the course of her pregnancy, Bekki attended several antenatal appointments where her blood pressure was recorded as normal, Willow Grace’s heartbeat was heard, and foetal movement was noted.

At an antenatal appointment, a midwife expressed concerns as Willow Grace had four weeks’ growth in one week, along with high blood pressure and a marker in Bekki’s urine test.

Bekki was referred to a consultant obstetrician. She said: “The consultant seemed to be extremely busy as I was ushered out after just eight minutes. He didn’t give me the full time I should have had for my appointment, nor did he take mine or the midwife’s concerns seriously. I was never even examined by him.”

At 40 weeks, Bekki started to feel unwell with lower back and abdominal pain. She attended a midwifery appointment, where a membrane sweep was carried out at her request to bring on labour.

A few days later at another appointment, Willow Grace’s movement was recorded as being active and the registrar struggled to find her heartbeat. Bekki asked to be induced and felt something was wrong. However, her request was declined and an induction was booked for a week later in line with policy.

The next day, on 4 May, Bekki called the hospital as she believed she was in labour, but was told to call back later as there was no room on the ward. After two more calls 20 and 15 minutes later respectively, staff advised Bekki that she could attend.

At 7.25pm, Willow Grace’s heartbeat was not heard. A sonographer was called, who, at 8.15pm, confirmed that Willow Grace had died. She was stillborn at 11.27pm.

Bekki instructed Lime Solicitors to get answers into why her daughter had died and in hope of preventing a similar situation occurring again.

Bekki said: “The NHS is wonderful and there are some amazing people working within it, but it can be mismanaged and the way it handles medical errors is disgraceful.

“All I wanted was an explanation and a promise to listen to other women to make sure what happened to Willow Grace doesn’t happen again. In order to get the truth, I had to sue, which should never, ever be the case. The hospital ran up unnecessary legal fees, when it should have simply given me the answers in the beginning.

“Without support from Lime Solicitors, I would never have gotten the answers I needed. I’m so grateful to the team, who were amazing and treated me more like a friend than a client.

“Willow Grace’s death has changed me forever. I’m no longer the person I used to be. Losing a child makes you realise how fragile life is and it makes you more paranoid.

“While I can’t blame the hospital for being understaffed, I can blame the consultants for ignoring someone who was in front of them concerned about their baby.

“It was like they abandoned me. Instead of listening, I was spoken to like an idiot. We were completely let down. The time I should have spent cuddling Willow Grace, I was writing up notes because I wanted answers and I needed to jot down my experiences while they were fresh in my memory.

“Willow Grace’s death was avoidable. Had I been induced when I asked, Willow Grace would still be with us.

Lime Solicitors served a letter of claim in March 2019. In July 2019, the hospital responded and denied all allegations. Proceedings were sent to the court in December 2019 and they were served on the defendant in January 2020. The defence was received in February 2020. Again, all allegations were denied.

Despite litigation tactics used by the defendant to try and weaken Bekki’s case, settlement was achieved in January 2022 – just three weeks before the trial was due to take place. However, the denial of breach of duty was maintained throughout and no apology has been offered by the trust.

While a cause of death has not been confirmed, an independent consultant instructed by our team as part of the claim believes Willow Grace’s death was caused by undiagnosed gestational diabetes.

A note from Helen Rundle

“Ultimately, all Bekki wanted was for the trust to say sorry and to ensure learning from her own tragic experience. She felt she was not listened to and that her perfectly reasonable request for induction of labour was ignored.

“Breach of duty was fully defended – even to the point of settlement, which was achieved just three weeks before trial and without any admission of liability. However, it was admitted that had Willow Grace been born earlier, she would have survived. That must be heart-breaking for Bekki to know.

“She has suffered psychologically and it has been made so much worse by the hospital’s handling of the case. No amount of compensation can bring Willow Grace back or change what Bekki has had to go through over the past few years. However, we are glad we could play a part in her fight for justice and we sincerely hope the hospital has learned from its actions in the run-up to Willow Grace’s death.

“The recently published Ockenden Report highlights issues in care delivery that resonate in Bekki’s case, particularly in relation to mothers not being listened to. The report also highlights that failures in care are repeated because lessons are not learned.

“The Ockenden Report may have been focussed on the failings at Shrewsbury and Telford Hospital NHS Trust but its findings appear indicative of maternity services across the country. There has to be change and there has to be candour when mistakes are made.”

Get in touch with our medical negligence solicitors

Our specialist team of medical negligence solicitors has experience supporting families during stillbirth compensation claims. If you were not monitored appropriately during your pregnancy, please call us on 0808 164 0808 or request a call back and we will call you.