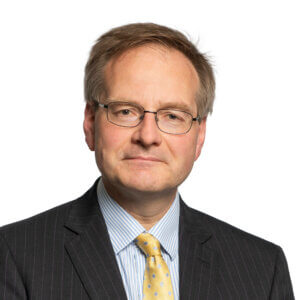 Malcolm joined Lime Solicitors on the 17th May 2021 to head their Child Abuse Compensation team.

He is a solicitor advocate, who has represented his clients at trial, inquests, in the Upper Tier Tribunal and in the Court of Appeal.

Malcolm is well known for his work in child abuse compensation claims, including claims against local authorities, the church, hospitals and individuals. He has also represented a number of clients in group actions. These include :-

The St James/St Vedast compensation scheme – set up for former pupils of this school in London owned by the Independent Educational Association Limited.

The Myles Bradbury compensation scheme – Malcolm has acted and continues to act for a number of former children who were abused by the disgraced child cancer specialist, Myles Bradbury who was employed by Addenbrookes Hospital.

The Windrush Compensation Scheme – Malcolm acts for a number of victims of the Windrush scandal.

Malcolm also has experience in public inquiries. He has acted for a number of Core Participants in the Independent Inquiry into Child Sexual Abuse and the Grenfell Tower Inquiry

Malcolm is one of the authors of the Third Edition of Child Abuse Compensation Claims (Lexis Nexis) and the writer of A Practical Guide to Prison Injury Claims ( Law Brief Publishing). He has also published An Advocates Guide to Complaints in England (Pavilion) and Care Leavers’ Rights – A Guide for Advocates. He is the creator of two websites – http://www.childabusecaselaw.com/ containing summaries of the main child abuse compensation cases and https://www.complaintadvocates.co.uk/ which contains summaries of decisions made by the Local Government and Social Care Ombudsman.

Malcolm has appeared on television and radio to talk about his work. He is an adviser to Coram Voice and other child focussed charities, and he lectures for MBL Seminars on child abuse compensation claims as well as injuries in prison.

B v LB Ealing [2008] EWHC 1262 (QB) (reported on BAILLI) – damages awarded for physical and emotional harm including a claim for wasted expenditure on alcohol.

VN and SN v Brent and Others [2016] EWHC 936 (QB) – claim brought against local authority for failure to remove from foster care and direct claim against foster parents.

Malcolm is a keen runner, and he is shortly to run a half marathon to raise money for  Coram Voice, one of the charities whom he supports. He also rides his horse, Begley in the Surrey Hills.