At Lime, we believe honesty and integrity are paramount when making personal injury or clinical negligence compensation claims and, whilst we understand the temptation to exaggerate losses, always advise our clients to remain truthful at all times. However, clients may not be aware of the risks of making false statements during their claim.

A couple of recent cases highlight these dangers, where even in cases involving quite serious injuries, a finding of fundamental dishonesty will result in the whole claim for damages being struck out. Not only will this result in no award of damages, but a liability to pay the Defendant’s costs, which could run into many thousands of pounds. Indeed, it is not out of the question that Defendant’s will argue that a prison sentence should be imposed, for contempt of court.

What is Fundamental Dishonesty?

The Criminal Justice and Courts Act introduced the concept of fundamental dishonesty, which compels the court to dismiss claims in their entirety if the claimant is found to have been fundamentally dishonest in relation to the claim1.

It has taken some time for cases to work their way through the court system, but two recent cases highlight the disastrous outcome for Claimants who are found to have acted dishonestly.

At trial the judge found the Claimant’s actions were dishonest and his entire claim was struck out, with no damages being awarded. As required under the Act, the judge had to assess what damages would have been awarded, but for the finding of fundamental dishonesty. In this case the judge advised they would have awarded £51,625.00.

In this case the Claimant suffered a nasty fracture to his left wrist. A large element of the claim for damages related to the cost of hiring a gardener. In addition to wrongly claiming that he did not employ a gardener prior to the accident, the Claimant created false invoices for the gardener’s services.

The case went to the Court of Appeal and the Claimant was found to have been dishonest leading to the whole of his claim being struck out. What is even more frustrating in this claim, was that the Claimant’s wife did have to undertake more gardening, for which a genuine claim for care and assistance could have been pursued.

Whilst these are two quite extreme examples, with both claims rightly struck out, it does show that is not just the dishonest part of the claim that will be struck out, but the whole lot.

1) Section 57 of the Criminal Justice and Courts Act states:

(a) the court finds that the claimant is entitled to damages in respect of the claim, but

(b) on an application by the defendant for the dismissal of the claim under this section, the court is satisfied on the balance of probabilities that the claimant has been fundamentally dishonest in relation to the primary claim or a related claim.

(2) The court must dismiss the primary claim, unless it is satisfied that the claimant would suffer substantial injustice if the claim were dismissed.

(3) The duty under subsection (2) includes the dismissal of any element of the primary claim in respect of which the claimant has not been dishonest. 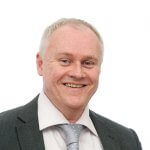 Steven is a Partner with Lime specialising in serious and catastrophic injuries. He qualified at De Montfort University and is a member of the Law Society Personal Injury Panel and a Senior Litigator Member of the Association of Personal Injury Lawyers.