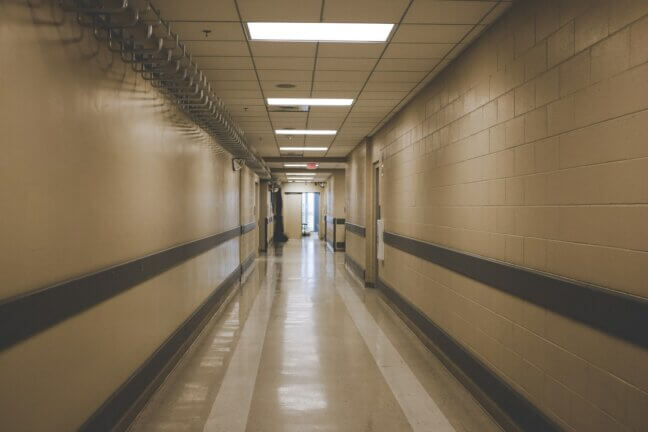 After Lee Theakstone and his wife, Jane, died instantly following a car crash, his parents Neville and Helen instructed Lime Solicitors as personal representatives of their son’s estate, as well as for a dependency claim on their own behalves.

Lee and Jane Theakstone died instantly after an Audi A1 collided head-on with their Toyota Yaris on 19 December 2020 in Selston. Jane was driving the vehicle and her husband was in the passenger seat. The defendant driver was heading towards them in the opposite direction.

An inquest into Lee and Jane’s death took place at Nottingham Coroners’ Court. Assistant coroner Dr Elizabeth Didcock concluded that the couple died instantaneously from multiple injuries as a result of a road traffic collision.

The defendant driver was epileptic and her last seizure was in May 2018. She was medicated and attended neurology appointments, which reduces the likelihood of seizures. On the matter of whether the defendant driver had a seizure while at the wheel, a doctor said it was possible, but could not say on balance this was the cause of her actions. There was no objective evidence she had a seizure.

Mr and Mrs Theakstone instructed Lime Solicitors as personal representatives of Lee’s estate, as well as for a dependency claim.

Mrs Theakstone said: “This was our first time ever dealing with solicitors so it was a very daunting experience, especially as we’d just lost our only son in devastating circumstances. However, we are highly satisfied with Lime Solicitors’ support. Tony kept us up to date throughout the whole process and was so kind and caring at a difficult time in our lives.

“Lee and Jane went out that Saturday morning to do some Christmas shopping. They were only a mile away from home when the crash happened. They went shopping and never returned home. It’s absolutely heart-breaking.

“Lee and Jane lived three doors away from us. When the house went up for sale, they told us they were going to buy it so they could look after us as we grew older. Lee was the life and soul of the party. Everybody loved him. Jane’s mum and dad had died before she’d met Lee and she also looked on us as parental figures. Not only have we lost a son, we have lost a very close daughter-in-law.

“What happened to Lee and Jane has been absolutely devastating. Our entire world collapsed that day and it is something we will never get over – our lives will never be the same again.”

Tony Hannington, personal injury partner who specialises in fatal accidents at Lime Solicitors, acted on behalf of Lee’s estate, as well as on behalf of Mr and Mrs Theakstone, who were dependent on Lee for help around their home. Tony provided support, advice and assistance from the inquest through to the litigation process.

Alongside counsel, Tony represented Mr and Mrs Theakstone at the inquest into Lee’s death, where they overcame the potential finding that the defendant driver had an epileptic fit at the wheel – leaving the burden on the defendant to prove she was not at fault for the crash.

After the inquest and on behalf of the estate and Mr and Mrs Theakstone, Tony prepared a schedule of loss and presented the claim to the defendant’s insurer. In February 2022, Tony secured compensation for Mr and Mrs Theakstone following Lee’s death, upon who they were reliant for assistance around the house and anticipated further help being needed as they approached their later years.

A note from Tony Hannington

“This was a tricky case on liability as the defendant driver had a history of epilepsy. As she had not experienced a fit for 12 months and was medicating, she was allowed to drive.

If, at the inquest, it was proven on the balance of probabilities that the defendant driver had experienced a seizure while driving, she would not have been negligent and the claim would have failed.

However, we persuaded the coroner that she could not find that the defendant driver had a fit on the balance of probabilities and we ended up settling the case as a result.

Inquests can be frustrating for families generally as they are fact-finding exercises, as opposed to apportioning blame. However, in certain fatal cases such as this one, they are helpful and can back up a claim.

Losing a loved one in a fatal accident is an extremely traumatic experience. While no amount of money can bring their loved one back, when there has not been a criminal prosecution, it can be cathartic for families to have an implied admission in a civil claim.

The knowledge that their family member did not contribute to their own death and, on the balance of probabilities, the other driver was at fault, can be comforting.”

Our team of expert personal injury lawyers specialise in fatal accident claims and assist families in seeking a dependency claim from the responsible party and their insurers. If your loved one was involved in a fatal accident due to the fault of another, please call us on 0808 164 0808. Or, you can request a call back and we will call you.